Here some of my notes from Christoph Schäfer’s lecture on Monday, September 28th. The lecture was part of the Monday Night Lecture Series held by MIT's VAP. Learn more at their site:
http://visualarts.mit.edu/about/lecture.html

Before the show began, I saw the open spiral-bound, cream-paper 18x11” sketchbook covered in consistently scrawled handwriting. I’m not sure why that image gave me good premonitions, but I settled into my chair and merrily awaited the talk.

That good vibe was rewarded when the Liev Schreiber-esc man in dark-rimmed glasses with carefully wet-coiffed hair and camel-colored suite sat down in front of me and a fellow attendee ... and shook my hand in introduction. Why not, I thought. I introduced myself. He knew my neighbor; interestingly, he assumed that I was the man’s wife. Already the night was off to an engaged and community-oriented start.

Schäfer began his presentation by commenting on Die Stadt (als) unsere Fabrik, and read aloud from his mighty sketchbook. The initial topic was coffee culture in urban spaces. He showed us slides of his sketchbook pages, one after another, which combined with his narrating to became an informed sort of visual associative ramble. His idea: coffee shops invite people to participate in and do specific kinds of creative and intellectual work. Eventually, after using coffee culture as an example in that way of creating a context into which one can bring one’s creativity, he asserted that the city is a factory for ideas.

He then commented on the city also as an accumulation of differences. He detailed a sort of drawn social history of urbanization via illustrated metaphor and rudimentary diagrams. Schäfer wondered why people like to take walks in complicated urban designs; he illuminated the relationship between the German words for thickness and poetry; he brought up many other questions and linguistic relationships in order to describe and address the history of urban cultures.

Schäfer also spent a good deal of time describing a recent collaborative project in Hamburg entitled, “Park Fiction.” The short version is, in note-form: Good-spirit-desires -> networking -> lectures/ public informing about social issues and not just tree-hugging -> screenings -> public tours “self-learning process”, which is bringing more attention and people to the area LEAD TO actualization of the original goal. Not only is there now a park, but there is an empowered community. You can learn more about this project at: http://www.parkfiction.org/

Here are some TAKE HOME POINTS & QUESTIONS from the evening:
1) Importance of playfulness
2) Importance of idea diagramming/ visual thinking
3) Importance of community engagement.
4) Does engagement as a citizen require an investment or long-term commitment to any specific area?
5) How long do you have to live somewhere in order to engage?
6) Should more artists view engaging NOT as asking permission to provide a public artwork, but rather as putting his or her creative powers to use as an initiator of public projects (I can’t remember now if this was my idea or his. ...)

Here are some extra-credit STYLE POINTS as an avid lover of presentations:

1) His drawing style reminded me of both of Ralph Steadman and of several New Yorker artists.

2) Schäfer’s presentation style was informative, educated, and not least of all, witty. A favorite moment of mine was when he showed slide with a single, drawn line representing a scale with two numbers on it: a zero, and a one-hundred, both with percentage signs. Having brought that image before the audience in it’s projected, and therefore large, format, he then went over and pointed at our current location on the scale with regard to urban revolution. Ha. Nice use of the PPT system : ) Get it? Power POINT?

3) He interrupted his own lecture to take a sip from a white cup with black lid and red straw to hydrate and issue a satisfied “mm”. A man who can experience joy is one to learn from indeed. In that moment he was a little like Robert Irwin during the documentary when it depicts him drinking soda in his car.
Posted by 110-2011 at 3:36 PM 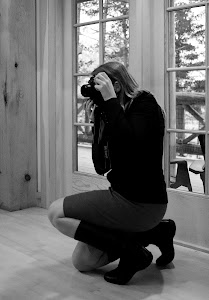